To entry into a regional ait travel market, we needed to transfer a trusted and safety image of the new company. And at the same time remind the company that previously carrying out air travel in the Tomsk region, Russia. 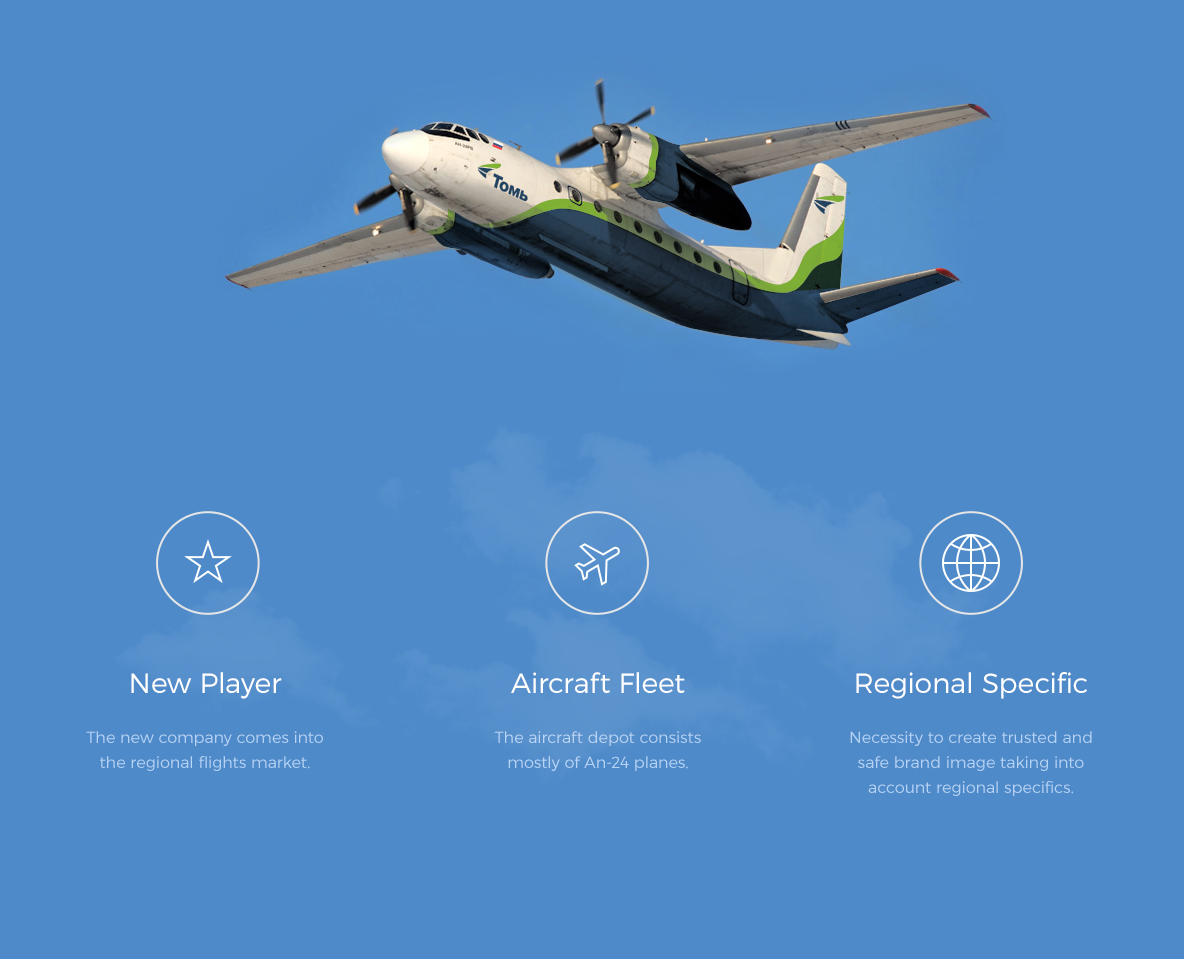 The positioning of the brand as a regional company implies the importance of the focus on preserving and maintaining local market features, both socially and economically. We also considered it very important to take into account the prevailing views of the population about the services of air travel of a local message.

Painting an airplane is an important part in shaping the brand image of the airline. To create the base airline, which occupies 100% of the market for local flights, I built a strict view on the brink of the classic coloring of the Soviet times, but with fresh notes and smooth curves, leveling the not quite successful and sharp, in my opinion, airplane shape. 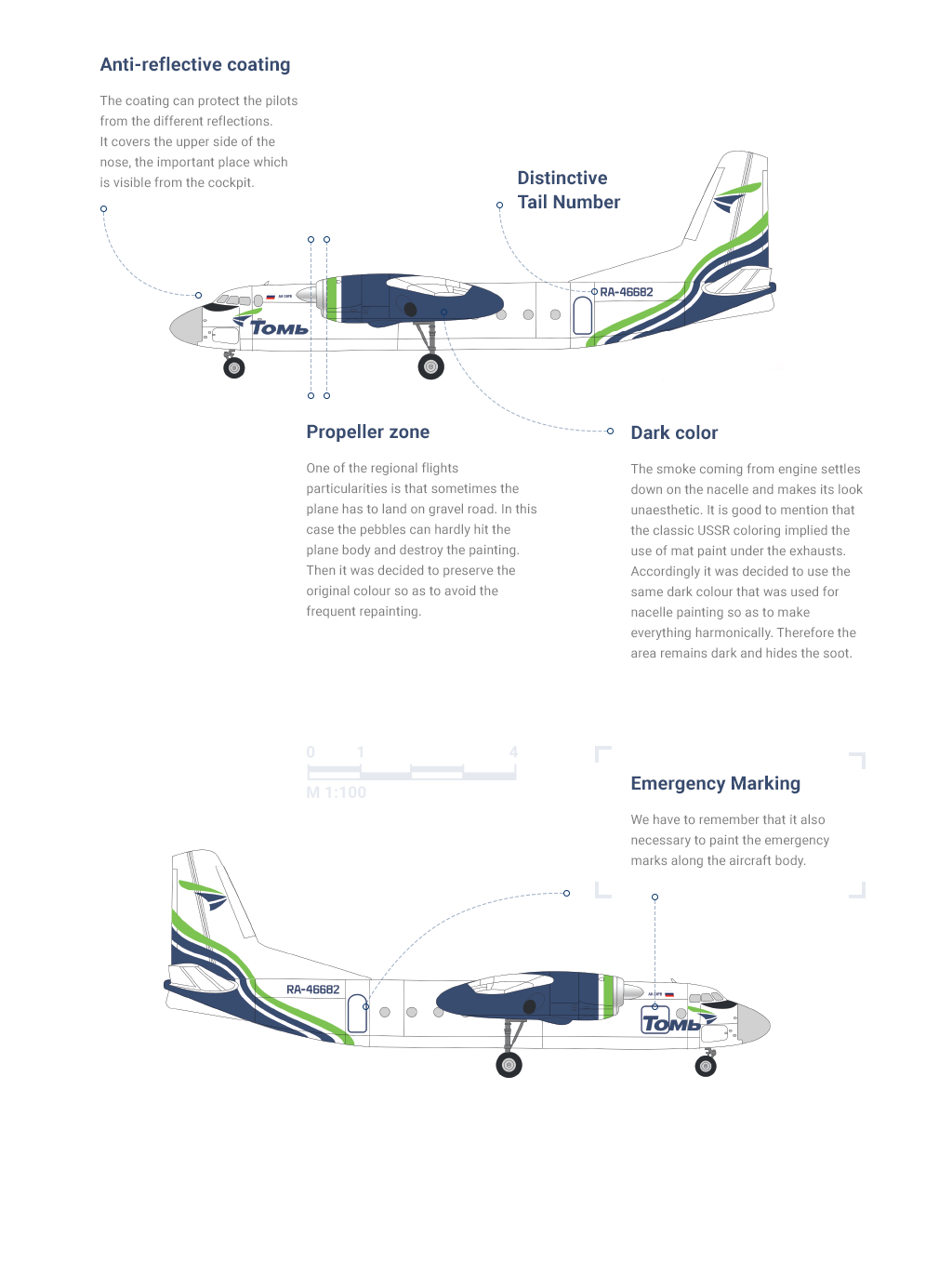 For a better understanding of the final result, a model of the aircraft was formed and painted in a corporate coloring.

Thanks For Watching
Ready To Start? Get in touch